Avoid the shopping CHAOS and give someone special an AMAZING gift this Christmas! 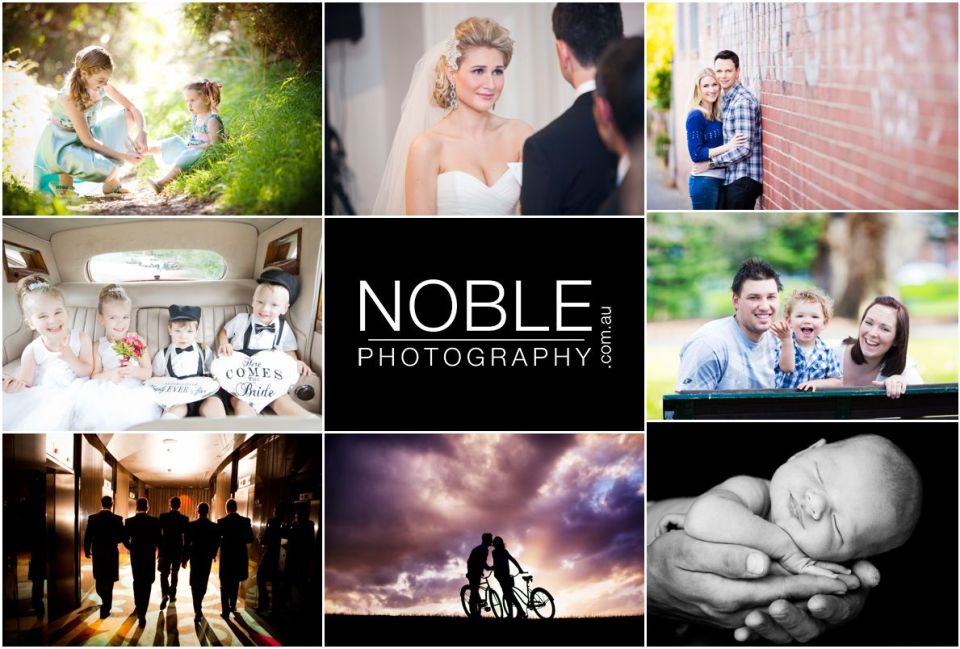 A variety of gift vouchers are available!

A Gift That Will Last A Lifetime with a Noble Photography gift voucher!

Christmas is vastly approaching, and we all want to give our friends and loved ones gifts that they will cherish forever.

You may choose to give a complete portrait session or package, or choose a value to go towards any of our photographic services. This includes wedding photography, family portraits, newborns, engagement and couple sessions, and many more!

Your voucher will be personalised with your message, mounted and posted to your doorstep without you needing to leave the comfort of your home.

If you have recently had a photographic session with Noble Photography, or know somebody that has, you can order a print or a print credit voucher so that you can display those memories forever!

Click below to book it now and have it delivered to you before Christmas.

Chris and Alana’s love story is a fairytale from the get go. The couple fell madly in love since they met in 2006, and share a love of adventure, fun and travel. They describe themselves as being “two big kids”, and are constantly laughing and joking together. 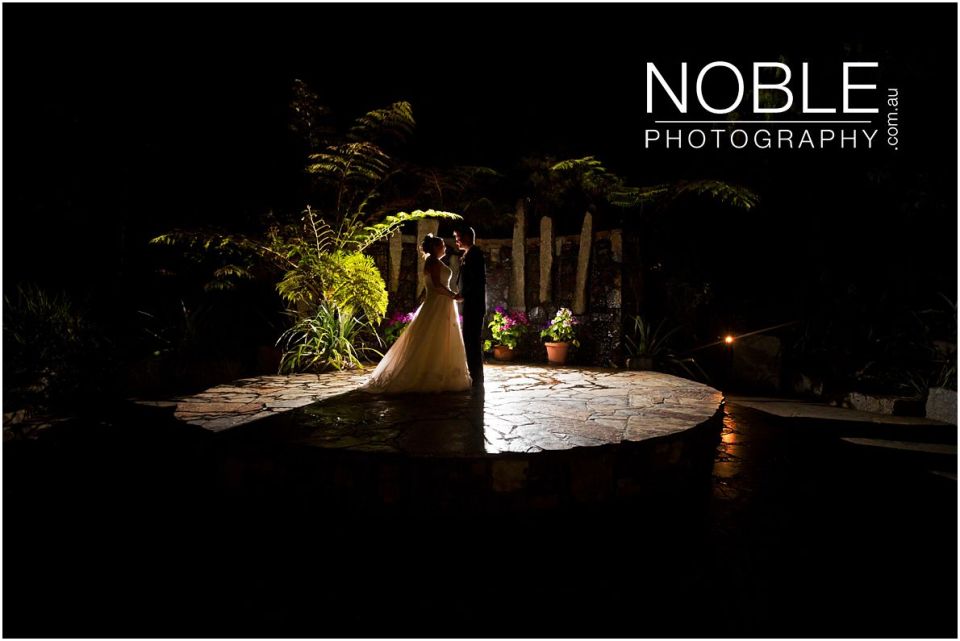 I asked Chris & Alana what their favourite moment spent together was, to which they replied
“it was in America at the Islands of Adventure during the Wonderful World of Colour Show at night. It was beautiful, and made our time together magical.”
It was very fitting that Chris chose to propose to Alana during that same trip in America. They visited Disneyland, and as the firework show began over the iconic Disney castle, Chris got down on one knee and asked Alana to marry him. 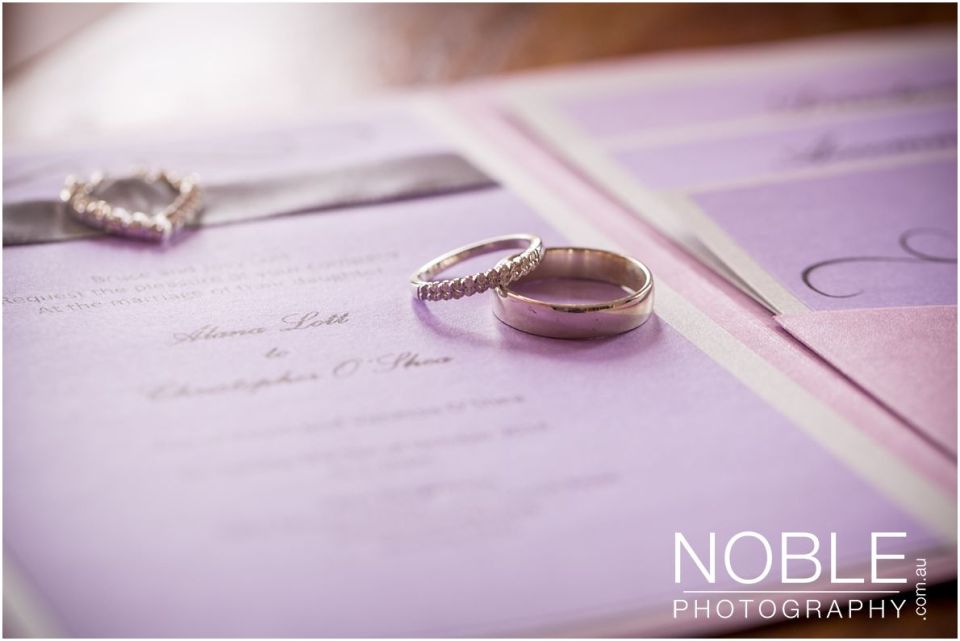 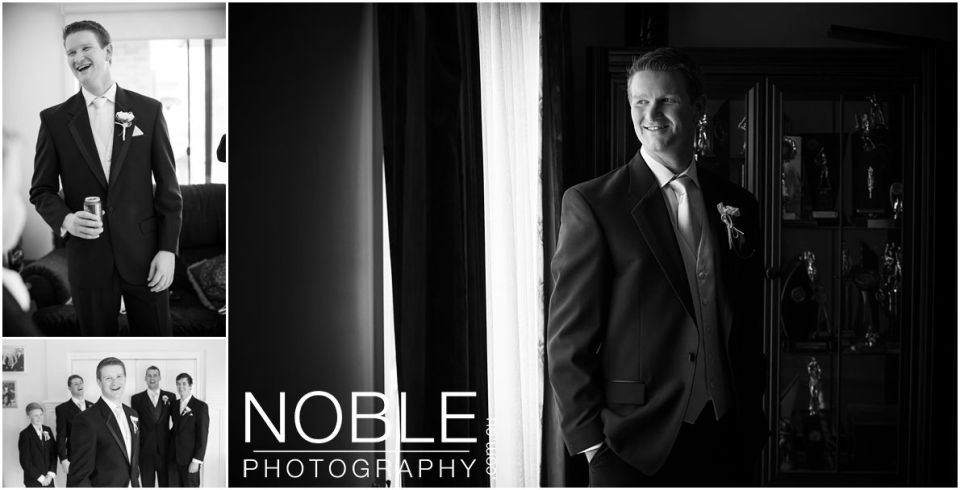 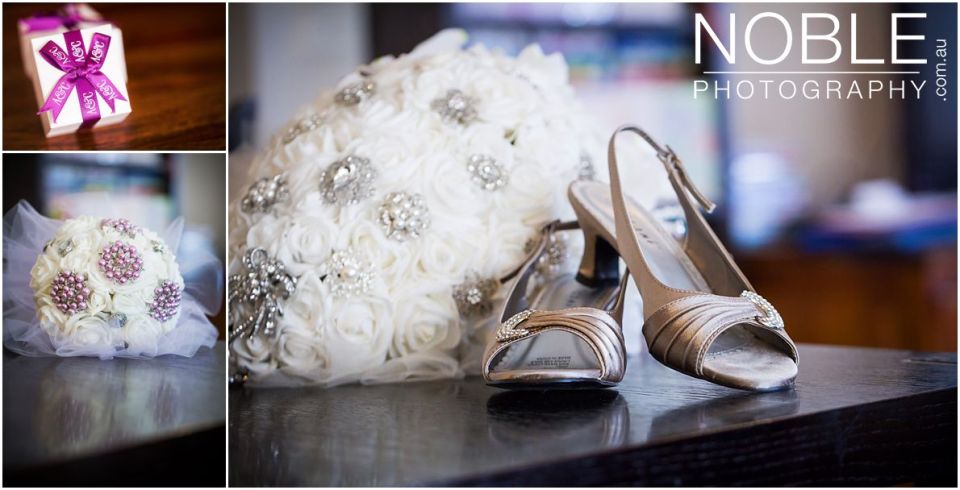 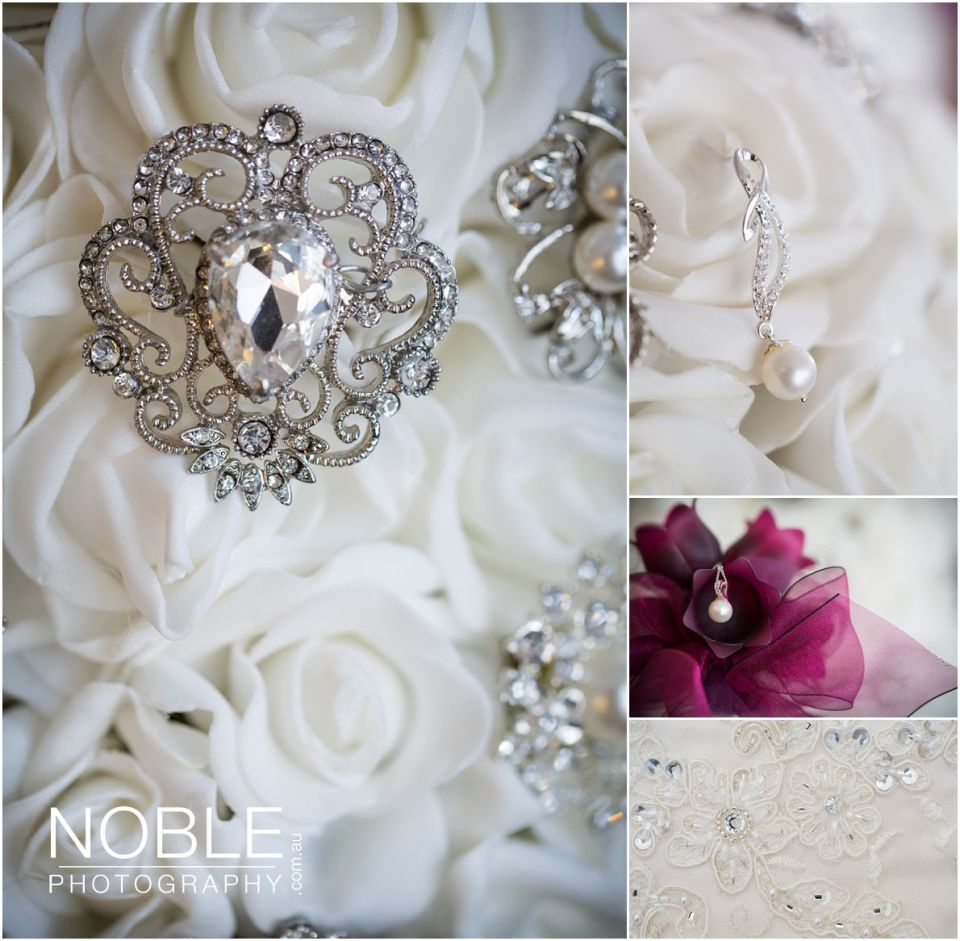 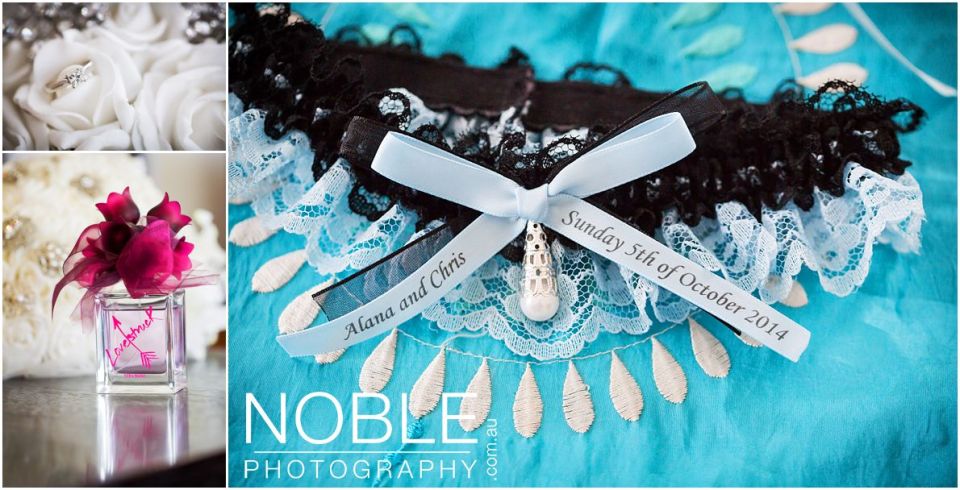 Their wedding day was full of joy, as both Chris and Alana were more excited than nervous to be married in front of all their family and friends. Alana looked stunning in her wedding gown, and even her dog Ruby got dressed up for the occasion! 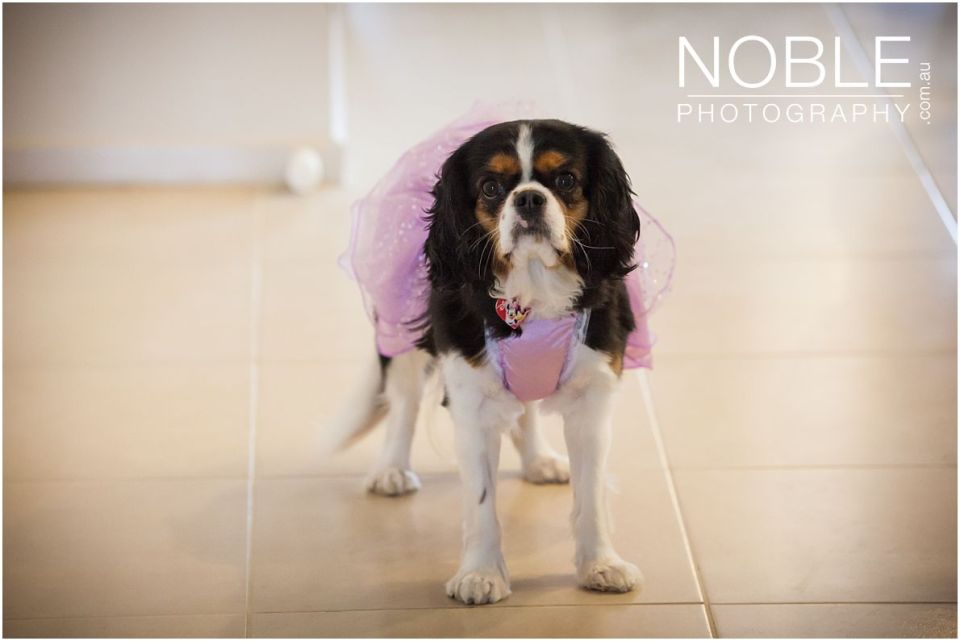 After taking preparation and family photos and video of both the bride and groom, we headed to the Tatra in Mt Dandenong, where the couple were to be married. We captured on film and photo Chris’ nervous laughs as Alana’s lilac attired bridesmaids made their way down the aisle. Nothing could wipe the smile off of his face when his stunning bride soon followed, accompanied by her father. The birdcage at Tatra was a great choice of location for the couple to be married, and I was able to get some great photographs of the ceremony and after, amongst the trees, gardens and waterfall. 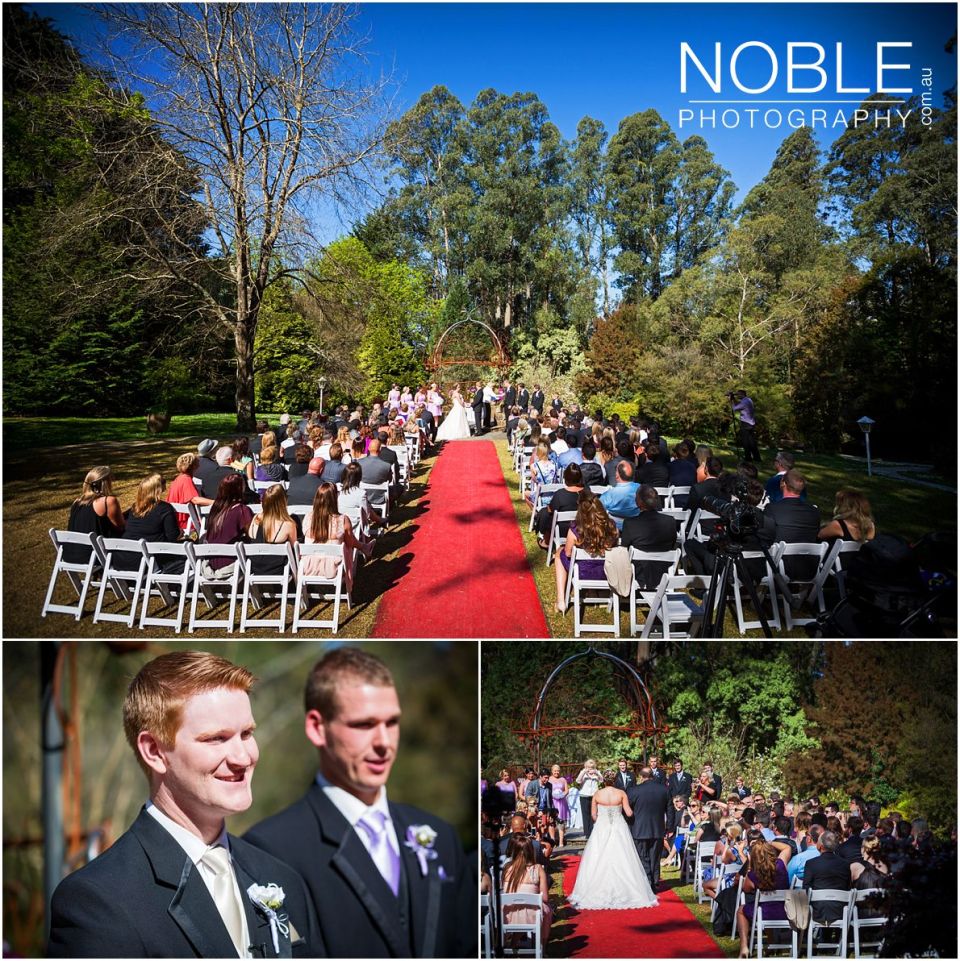 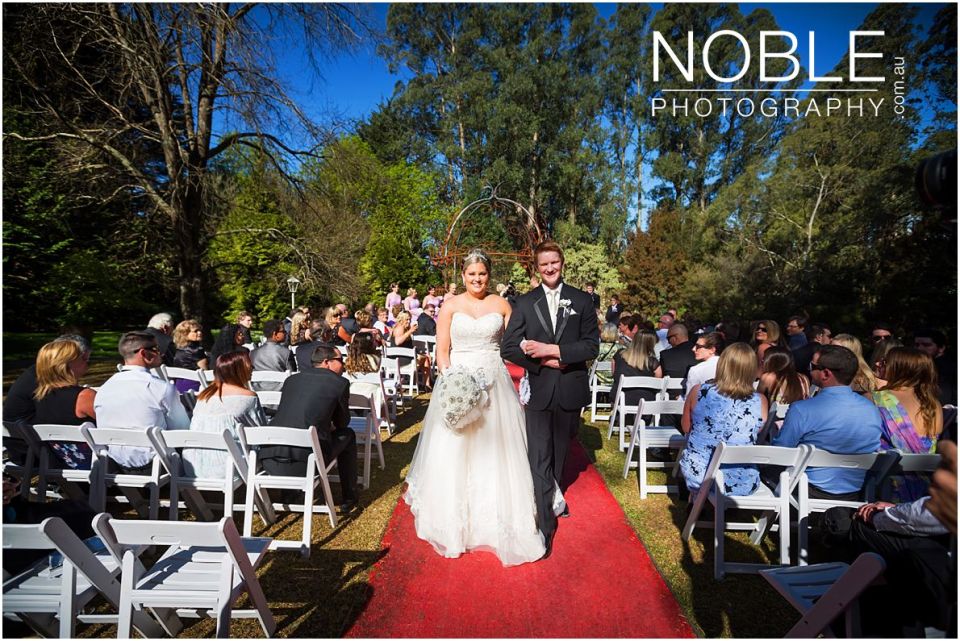 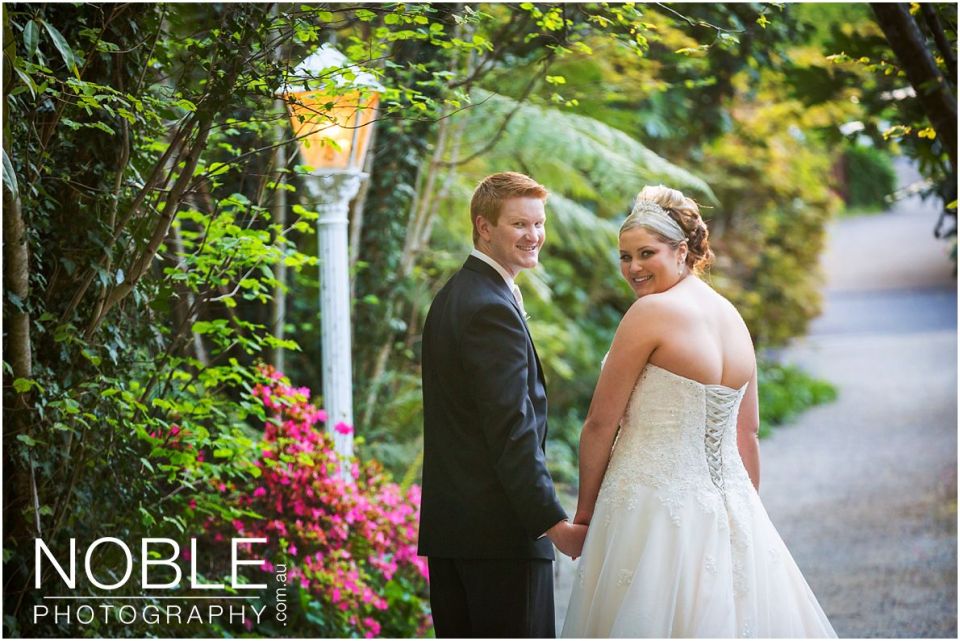 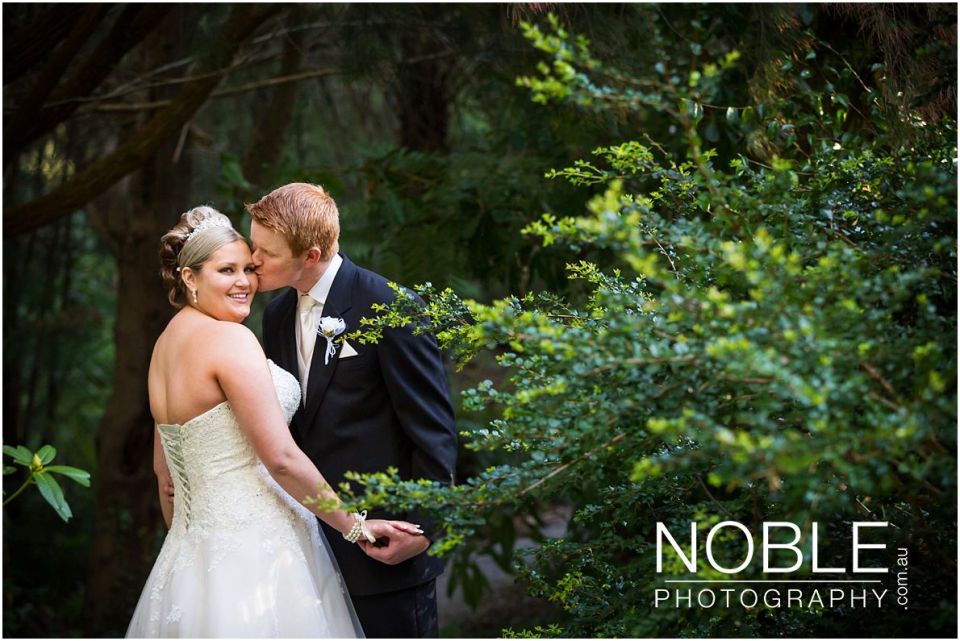 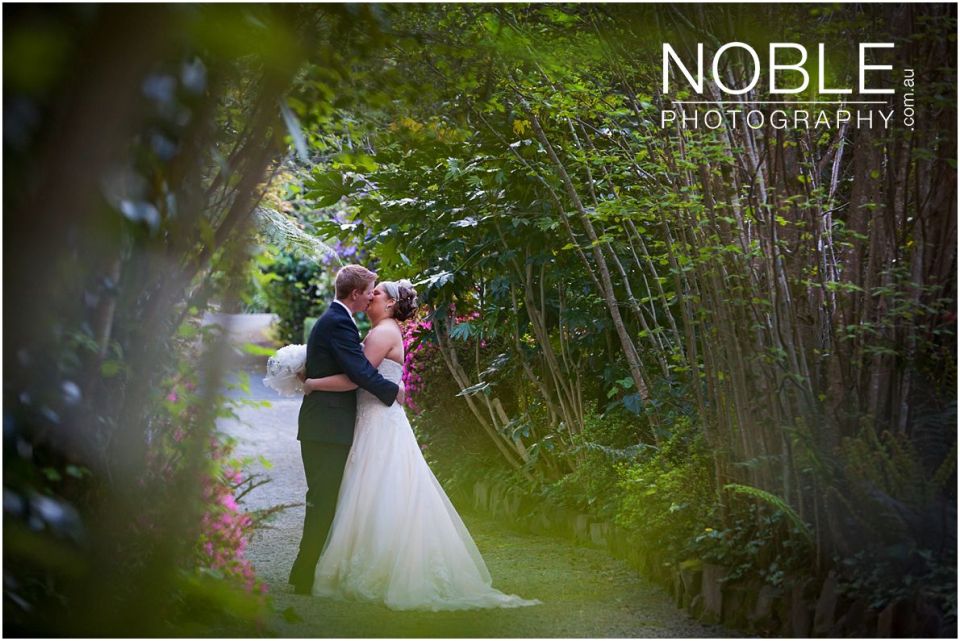 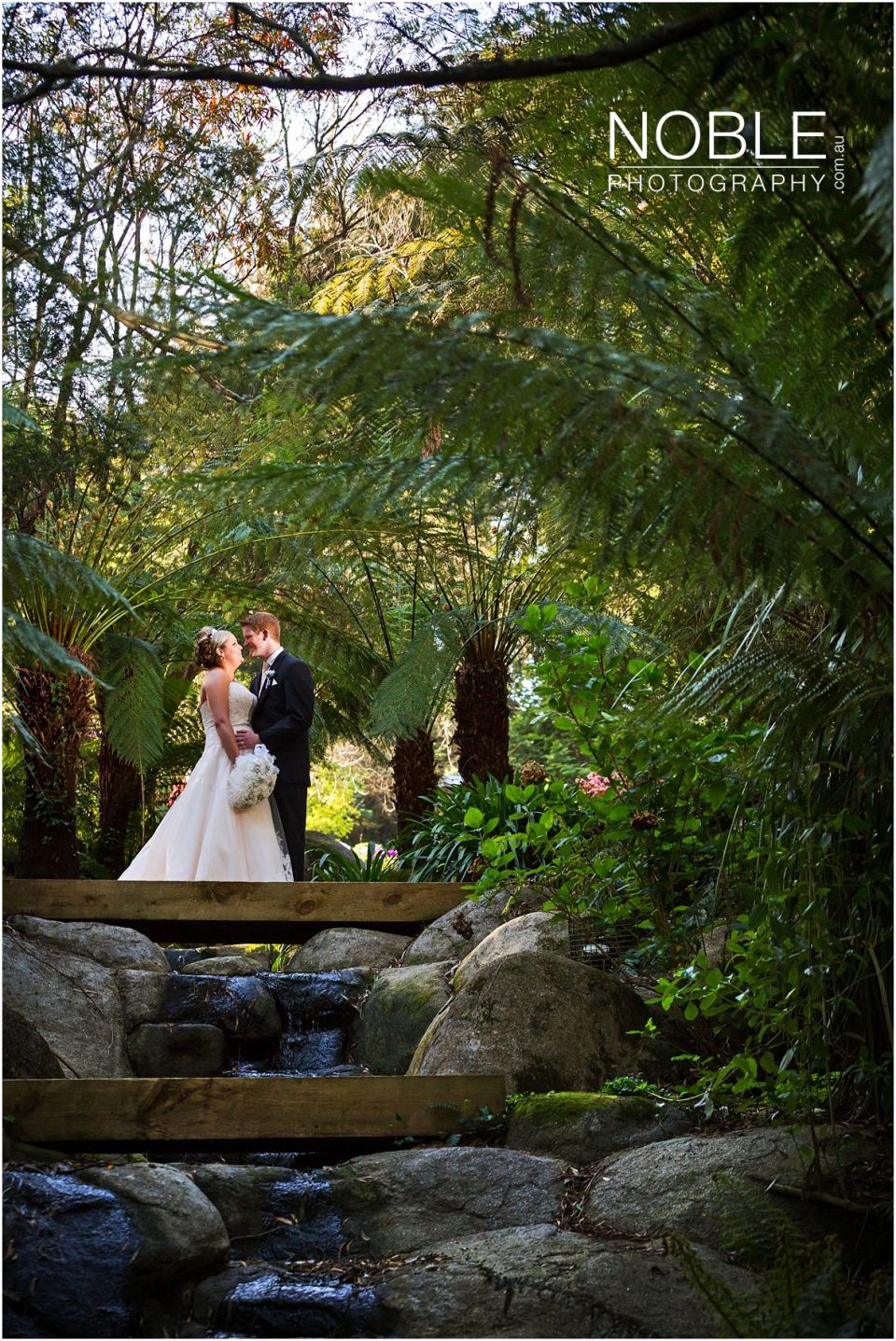 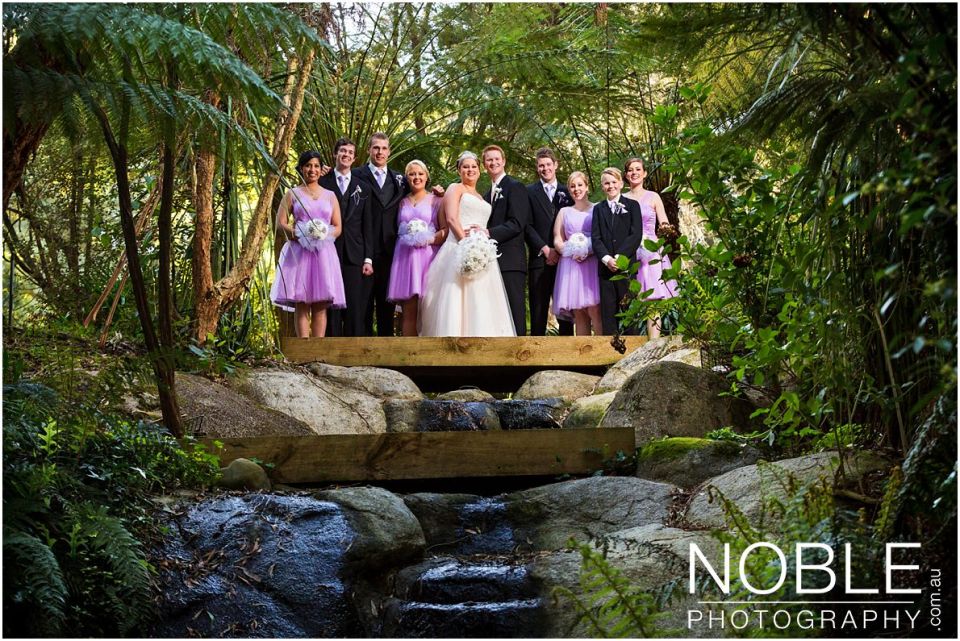 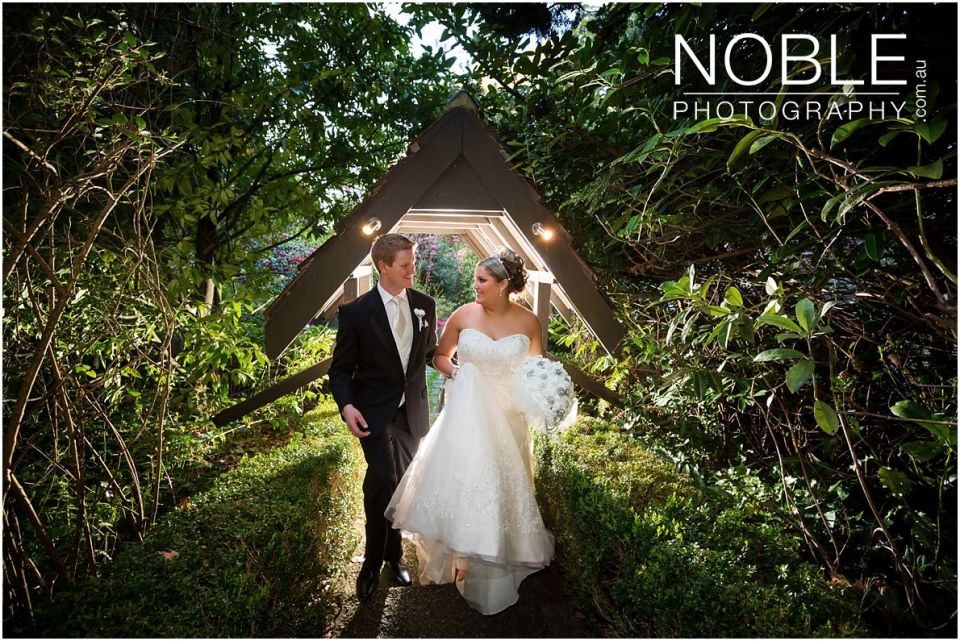 We had a great time taking location photographs, and soon it was time for Chris and Alana to enter the Tatra Ballroom and make their way onto the dance floor for their first dance as a married couple. This was then followed by speeches that ranged from hilarious stories told by the best man and maid of honour, heartfelt wishes of good luck by Chris’s father, and an emotional speech made by Alana’s father, Bruce, that barely left a dry eye in the ballroom. This was soon followed by an equally emotional and beautiful first dance between Alana and Bruce, which was again captured by Noble Photography and Noble Films. 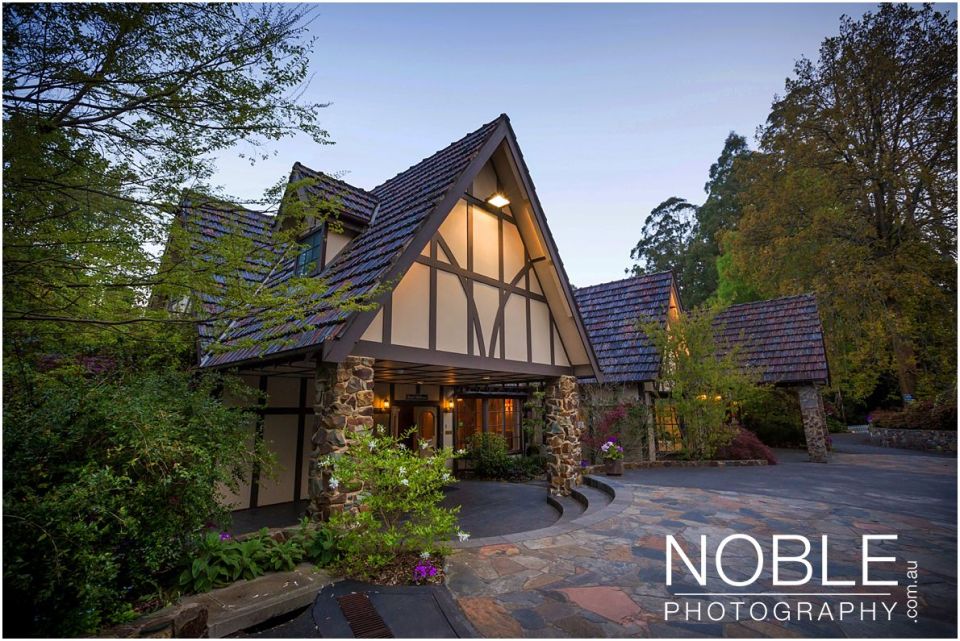 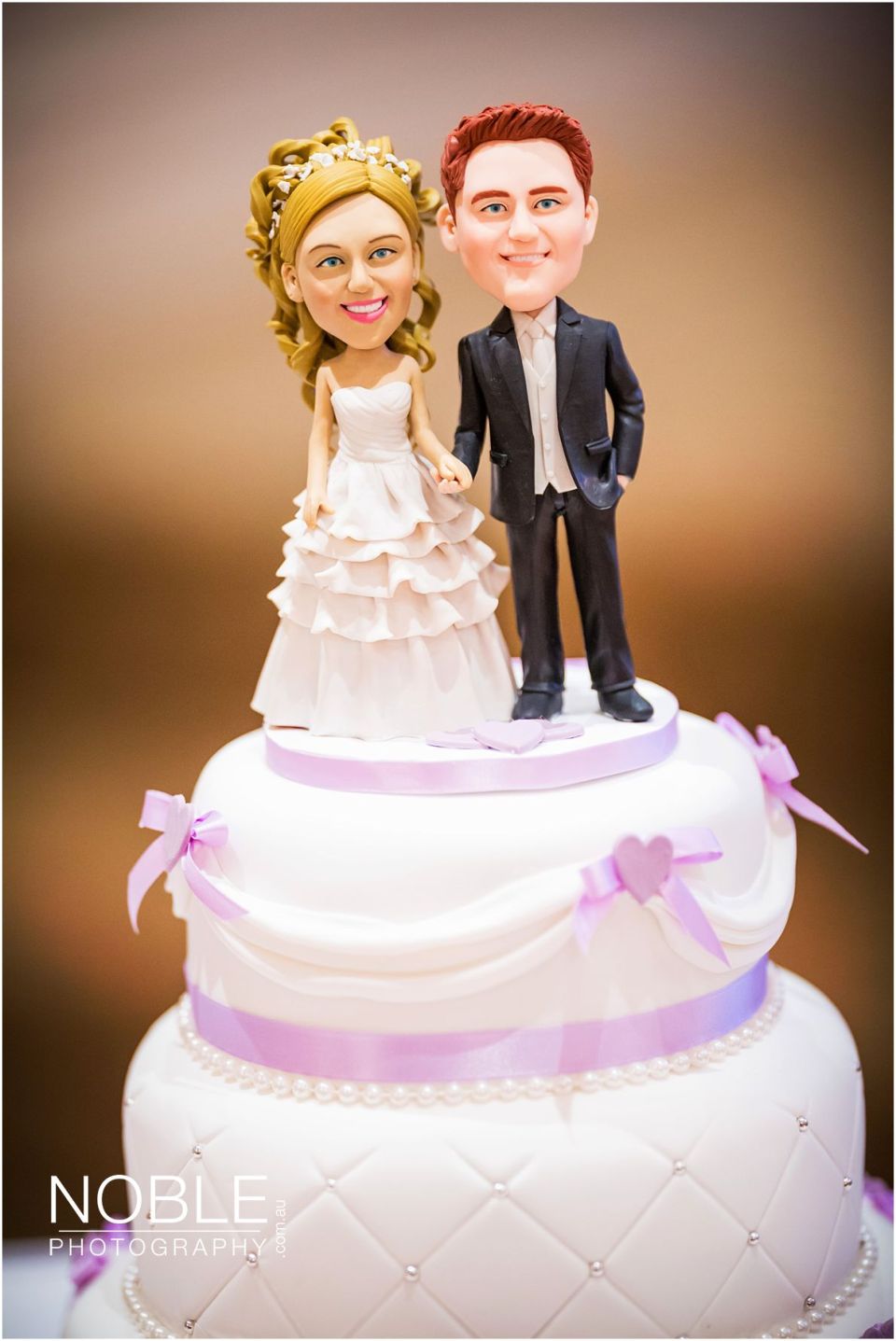 After photographing the newlyweds cutting their customised bobble-head adorned cake, friends and family danced the night away, as I snuck outside with the couple to take some night time photographs. Using external flashes, I was able to capture some great and unique night time garden photographs of the couple who treasured their first time alone as husband and wife. 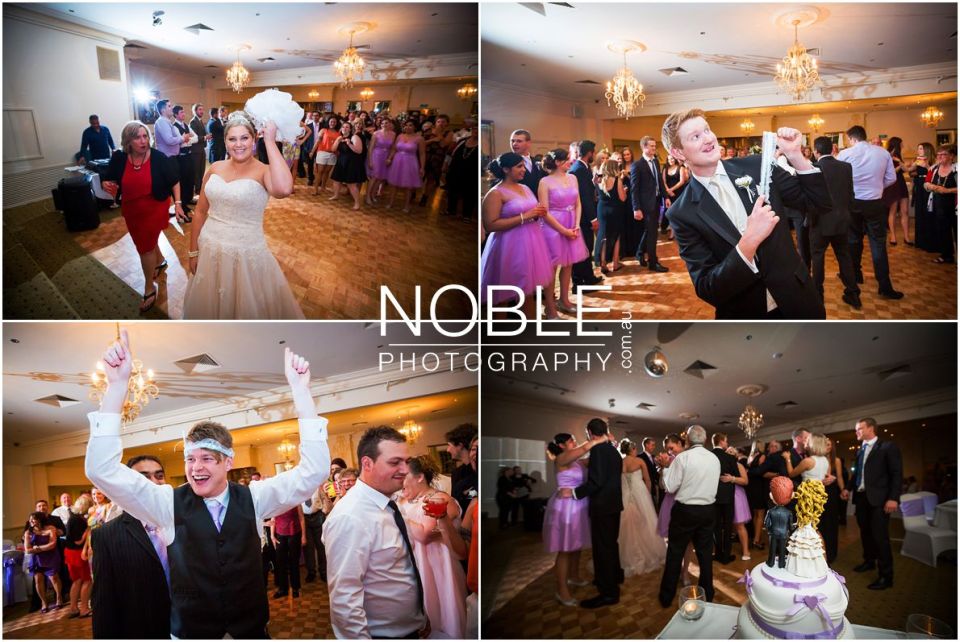 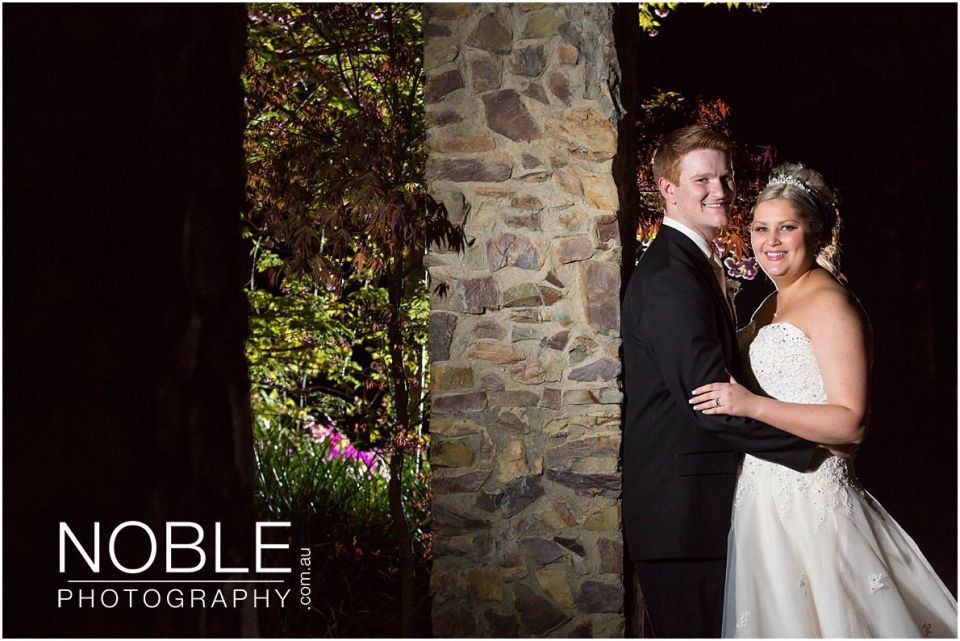 We filmed and photographed the bouquet and garter toss, and at the end of the night, the newlyweds exited through a tunnel formed by their families and loved ones, ending the beautiful fairytale that was Chris and Alana’s wedding.