A Surprise Wedding Proposal In The Yarra Valley!

Have you ever had those magical moments and wished you had it all captured on film to share with loved ones and show how amazing it was…??  Documenting these special moments is something we at Noble Photography are passionate about!  Whether you film it to have on record for yourselves, too keep it private between the two of you and to be able to look back on and watch over and over or to share the moment with the world, it s a wonderful keepsake to share with future generations to come!!

Jay had planned on proposing to Jasmine whilst holidaying overseas but when Jay sensed that Jasmine had an idea this was on the cards he put the thinking cap on and held off hoping to up the anti for when they returned!

Jasmine was told that she was going out to lunch with her girlfriends for her birthday, so she was dressed nicely and had a limo come to pick her up, from there Jasmine was chauffeured Essendon Airport where a helicopter was waiting to take her to Debortoli winery in the Yarra Valley.

Debortoli in the Yarra Valley consists of the most beautiful gardens overlooking the vineyards which provide the most idyllic setting for photography.

Jay was waiting for Jasmins arrival at Debortoli where he had set-up a banner that read “Marry Me Bubba” that could clearly be read from the sky!  We watched as he nervously hammered the sign into the ground waiting on her arrival.

The chopper landed and we captured the beautiful wedding proposal that Jay had so carefully planned out!  Its a question thats always asked couples “ How did he propose?”  and what a fabulous thing to have to show people and to answer, ‘Well I’ll show you!”

Being such an impressive proposal we decided to also shoot video of the event, along with a time-lapse camera that captured the whole moment as the world moved and time passed them by.

After the big proposal we organised to do a mini location portrait session, or literally an engagement session! amongst the vines!

Our newly engaged Jay and Jasmine hopped back into the helicopter, headed for a romantic lunch at together at another nearby winery.

Thanks Jay for having us document such a momentous occasion in your lives!  Great job mate! As I said to you on the day, “You are really setting the bar high for all of your mates!!” Thanks again for having the team at Noble Photography there!

All the best, and hope to see you at your wedding! 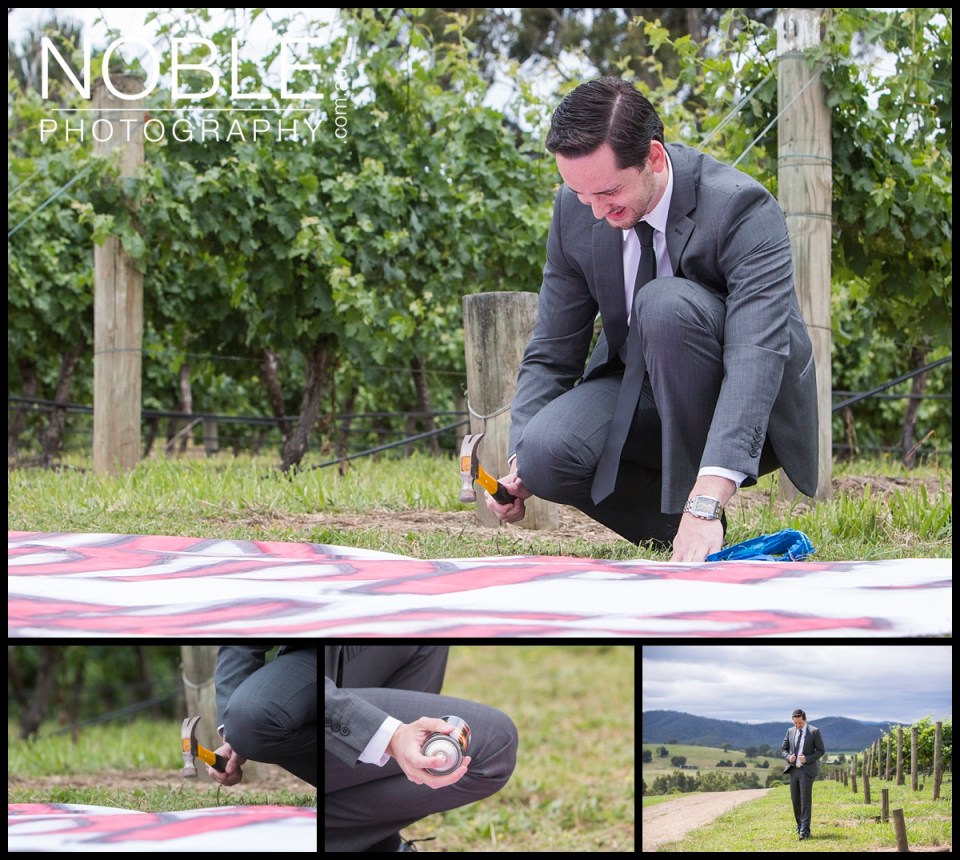 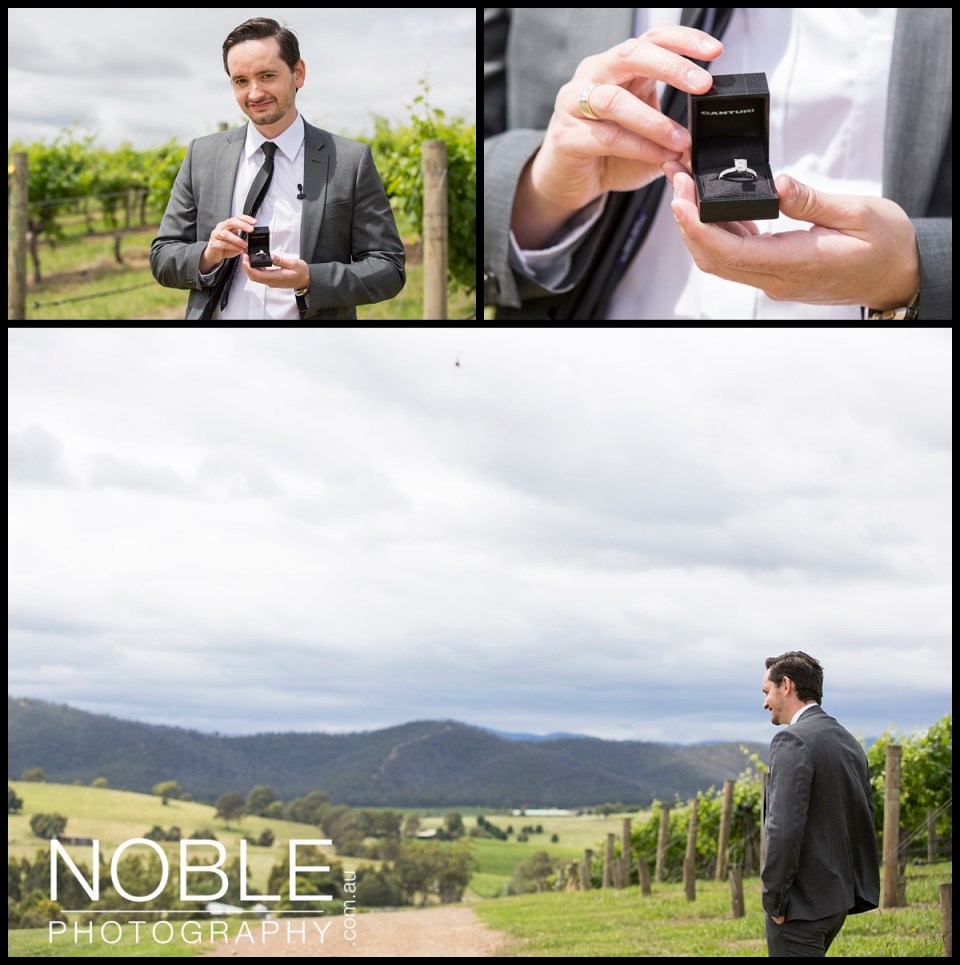 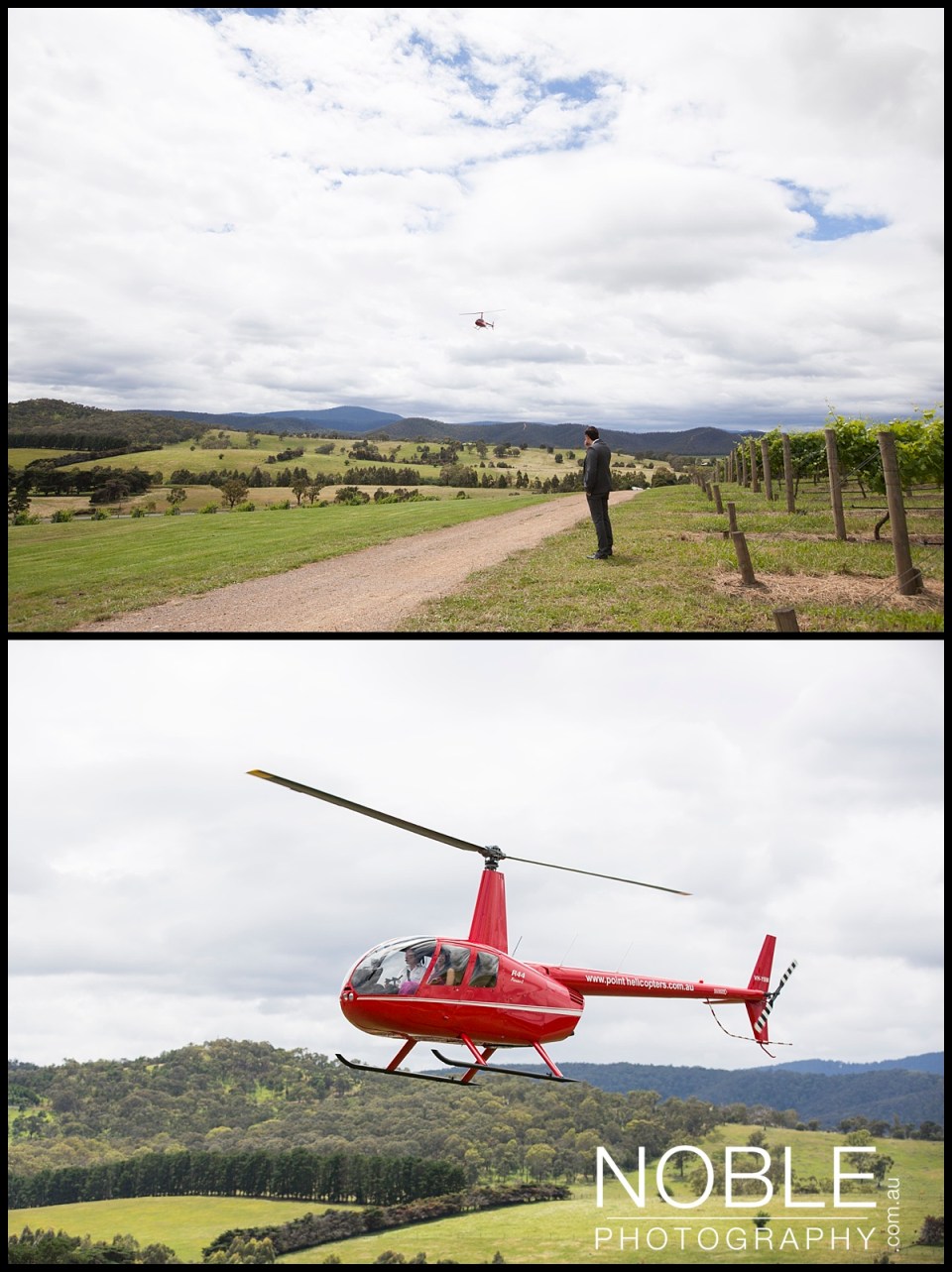 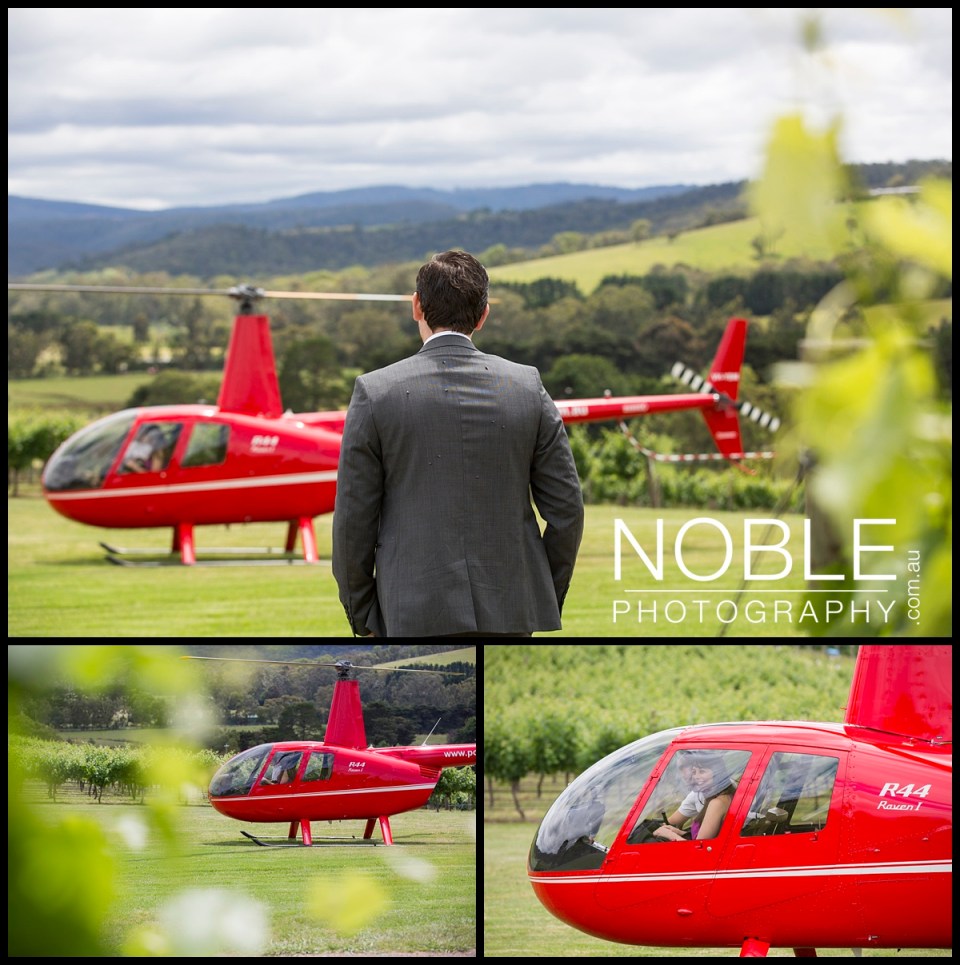 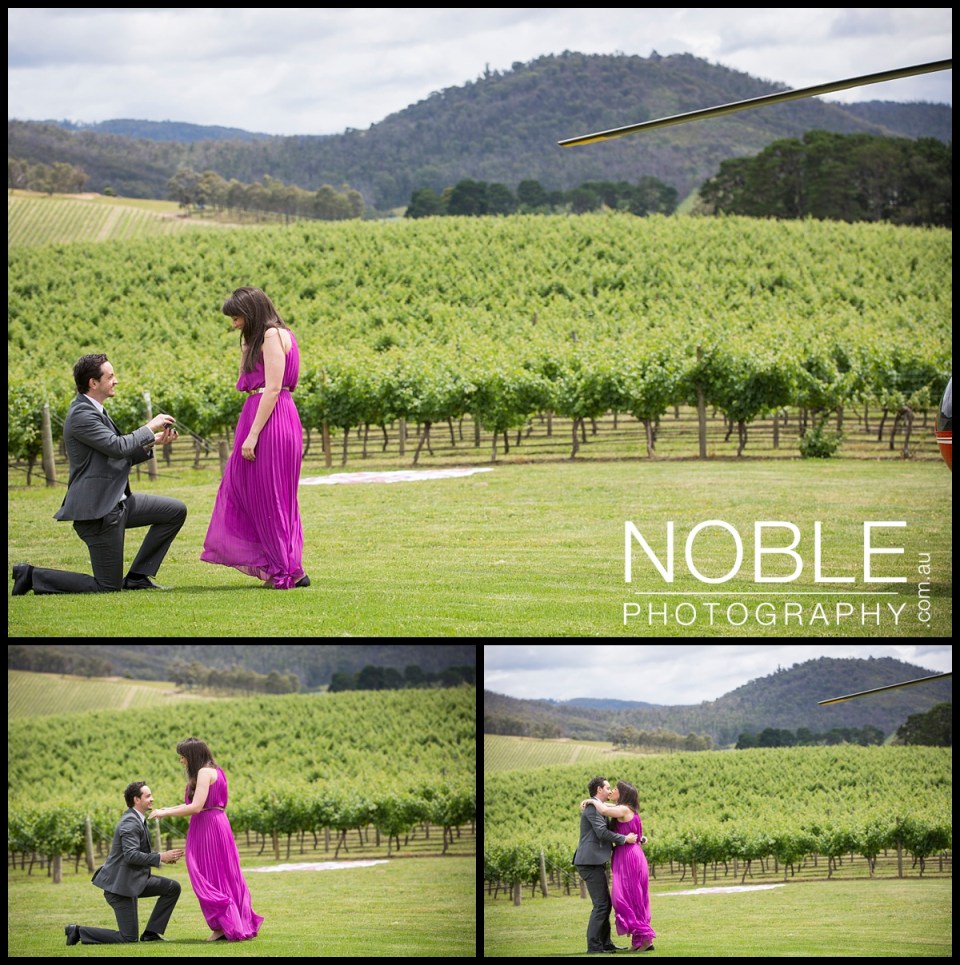 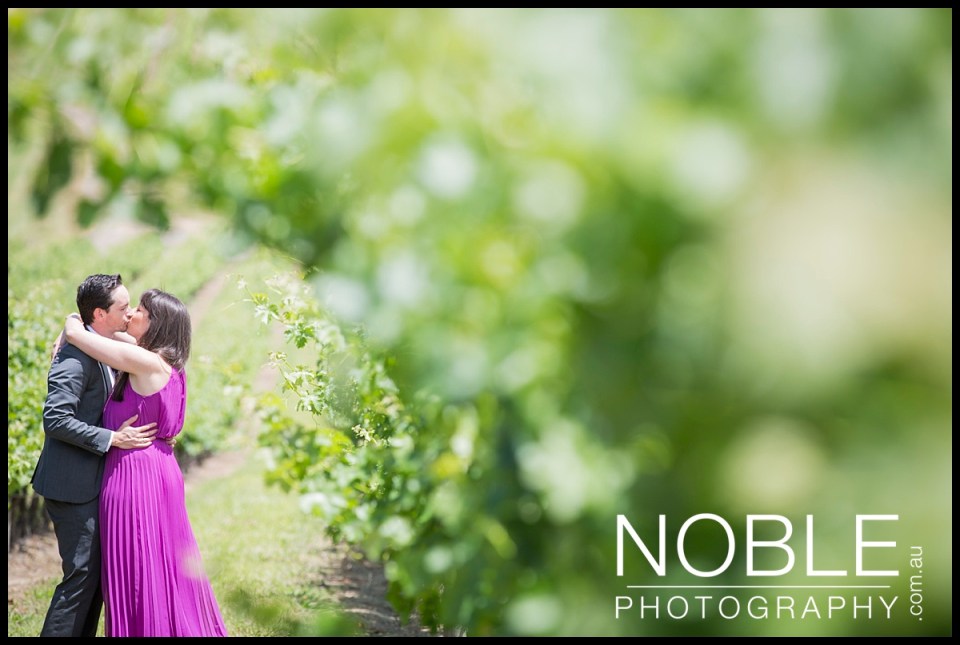 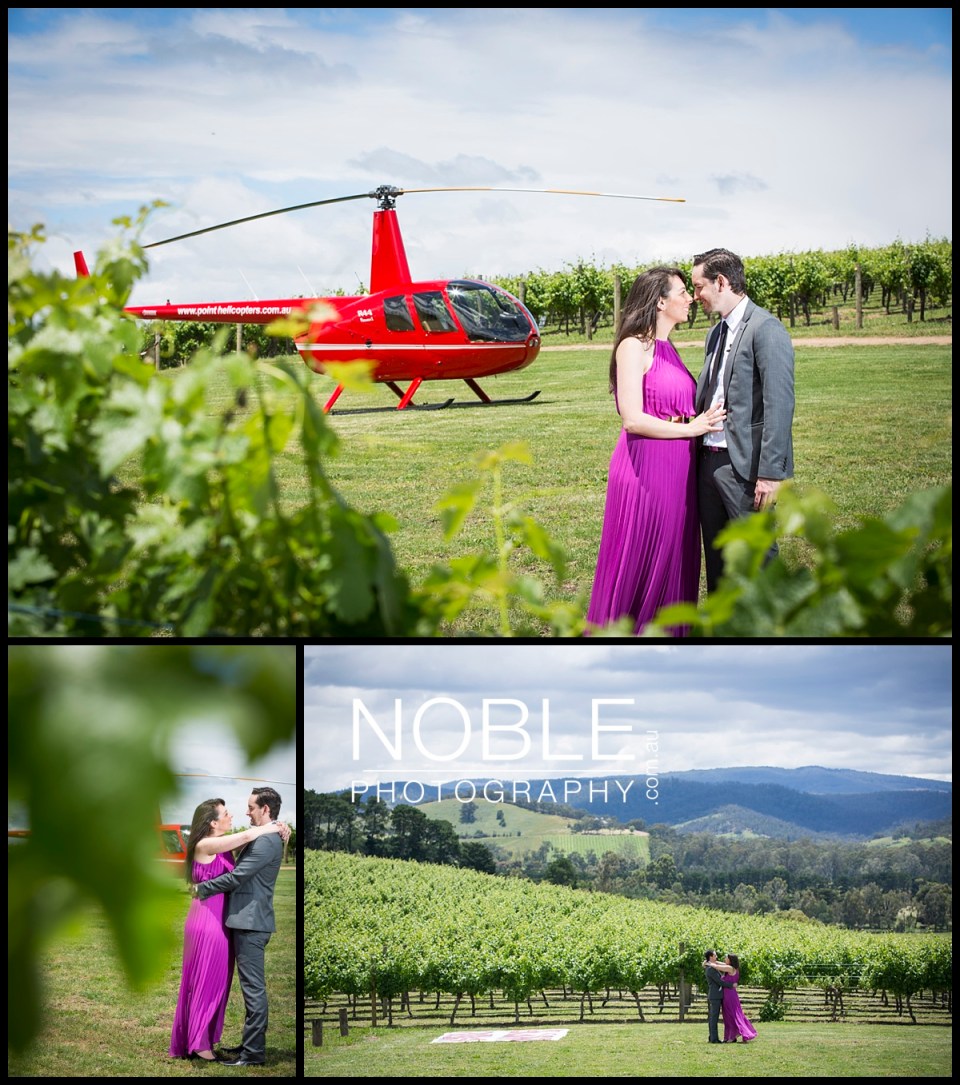 Got a great proposal that you’d love to have captured?